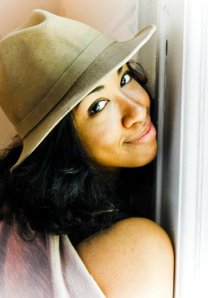 On a cold winter day I was invited to a party by one of my talented friends Yurby. She asked me to bring some material to perform. Yurby is known to gather people together for the sake of art so I didn’t think much of it.  I printed out my poetry, put something presentable on and took a 10 minute cab ride to the Bronx. Little did I know what I was getting myself into? As soon as I walked in I see a short beautiful girl handing people a pen and paper. It was a waiver form to appear in Yurby’s music video Star.  I had just walked into a video shoot and arguably one of the best parties I have ever been to. Only Yurby could have pulled this off. 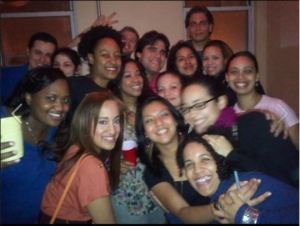 Yurby was born and raised in the Bronx. I do not want to say that she is proud of the Bronx as I don’t associate pride with positivism and Yurby radiates positive energy.  What she feels for the Bronx is gratefulness. She is grateful that it gave her a home and a life that she has cherished with loved ones.

“I love my home town The Bronx and I love to represent it in a beautiful way. I am always defending it because so many focus on the negative,but there is so much more to be seen and said about The Bronx” 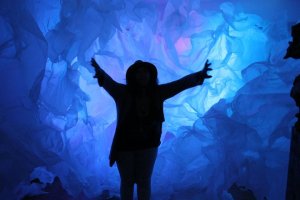 Yurby is very different from some of the artist I see today.  Although her new music video Star expresses her desires to one day share her talent with the world, Yurby is someone who will support other artists without wanting anything in return. She will never bring anyone down or barge in to make herself feel important and has never stolen anyone’s thunder or desires to. Yurby wants to be a star, but she is never one to steal a spotlight.  She carries her own spotlight wherever she goes and she allows it to shine on to those close to her. 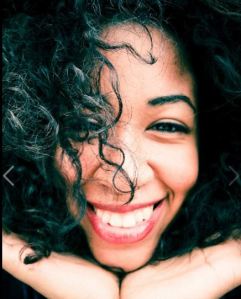 What defines a person are their actions, but more than actions it is their intentions that matter. One can have horrible intentions and their actions will not show it to the full extent, because they are too cowardly to express those intentions.  With Yurby what you see is what you get.  Regardless of her struggles she is always there for her loved ones and is grateful for their company.  This comes through in her music.  I asked Yurby what spoke to her as an artist and this was her response.

“What doesn’t speak to me? Everything and everyone is art. I am a singer song writer, but I also love writing scripts, editing videos, mixing, producing. I love the arts and I want to tell you my story in any medium I can master…….. I am not concerned with competition and the rest of what goes on in the Dark side of the Music Business. I want to share and be myself.” 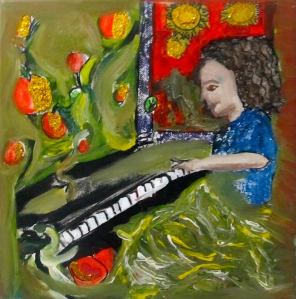 (One of the many paintings by Yurby)

Yurby has played in coffee shops, open mics and was part of a duo called Ourselves Between Us for two years. She also competed and got far in the Battle of the Bands for the year 2013 representing the Bronx and will be competing in April once again this year. Her inspirations are, but not limited to: John Mayer, Fiona Apple, TOOL, Radio Head, Tori Amos, and Circa Survive. 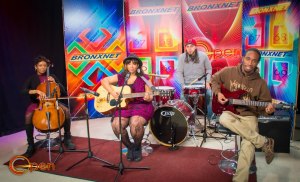 Yurby always had a fixation with art and would write poetry and paint from an early age. It was not just a moment that inspired her to sing, but a series of moments. How did she begin to play the guitar and sing? She fell down the stairs one day and bought a guitar on a whim after being inspired by her favorite musicians. This was the universe speaking to her and she listened. 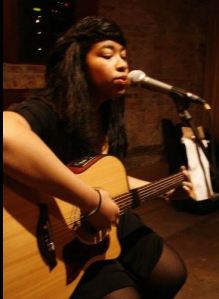 “Yurby is a passionate singer whose voice is very unique and her sound has an organic
feel to it. The Bronx resident cannot be mistaken for any other singer in the alternative
rock genre, as she has an Erykah Badu styled vocal delivery which will help Yurby stand
out from the thousands of other alternative rock artists out there.”  – I Am Entertainment Magazine

Battle of the Bands: https://www.youtube.com/watch?v=Bq364hd5JdQ