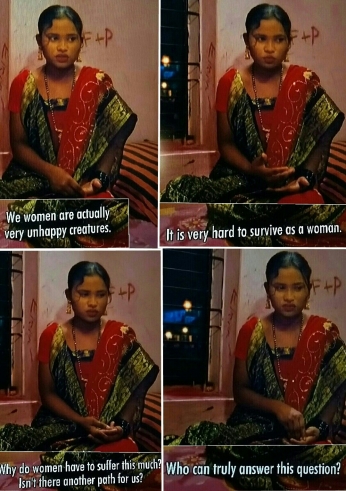 I don’t remember being a child. Yes, I remember the things I did and the feelings I felt, but my perception of the world has always been the same. I knew too much, but more importantly I cared too much. There would be nights where I would go to sleep crying in my pillow thinking of all the starving children, dying animals and my daily struggles when I should have been going to bed with a smile instead. There was no single moment when I realized how cruel the world can be. For me it was the opposite. It was the moment when I saw how beautiful the world can be that I realized I was an adult. When I realized that I have the capability to know how horrible life can be, yet love it for all that it is, that was the moment I learned about unconditional love. The first time I ever fell in love unconditionally it was with the world, because for many reasons I never felt that with anyone or anything else until then.

When I was younger I would stare at the other kids who were laughing and I did not understand what it was that they were so happy about. Like love, child-like innocence is something that unfortunately some of us have to choose to learn as adults, because we see what happens to those who never take the time to learn what most of us take for granted. To learn what true love is, and see the world as something you are excited to be a part of, is crucial to our lives; to understand that the world is not just a hunting ground where you are the prey is important to know when you are at your weakest point. Most of us who suffer in our childhood see the world as a jungle, because for the time of our lives when we are the weakest we are treated like prey, thus the majority of us grow up as predators never once understanding that although the world is a battleground, we are evolved animals with the ability to love and constantly re-define the world around us.  And although I know more from experience than I should, it was never too late for me to learn to be a child. After all, the time I spent dissecting the happiness of the children around me has been put to good use.

I recently watched the documentary Whore’s Glory which depicted the lives of prostitutes in Thailand, Bangladesh and Mexico. Thailand had upscale brothels with shifts, waiting rooms and a counter culture where prostitutes go to bars and pay men who then pretend to love them. The men buy sex and the women buy love. The prostitutes in Mexico were blinded by their profession, but the brothels in Bangladesh were the most heartbreaking.  To see 11 and 12 year old girls begging men to have sex with them broke my heart. 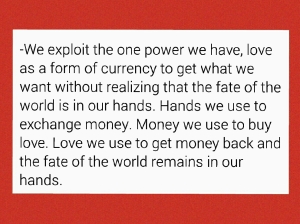 Excerpt from one of my poems

During  interviews conducted for the documentary most of the young girls in Bangladesh would start out by explaining how the men treat them well. However, after a while they would admit how unhappy they were. In one interview with two girls who could not have been older than 14, one girl was very solemn while the other was smiling and laughing. The solemn one tells the “happy” one to stop laughing, because, “No one can see what is buried deeper. There is so much sorrow and pain. We try to forget sadness with a little laughter, but the pain still remains. Where there is laughter there is pain.”  Those girls working in the brothels of Bangladesh will never know true happiness. But most importantly, they will never know that they deserve it.

The girls not only know how difficult it is to be a child in a world full of predators, but they also understand that this is happening to them because they are females. There is little hope for these girls, because from the day they are born until the day they die they will remain females in a world that does not see them as equals. Not only are women seen as preys by most of society, but we are also pitted against one another. Just recently I realized that even in my adulthood I was being bullied by a fellow woman. Every time I see her she tries to make me sound inferior, while keeping a smile on her face and will try her best to exclude me. Her insecurities have caused me to become a threat and the more I shine, the harder she tries to make me look inferior. It is strange to believe that an almost 30 year old who preaches feminism is the first person to bully me in almost 16 years.  Lucky for me I do not care for her friendship, company, or support and know that the expression “frenemy,”  is one of the most moronic terms created in the English language. Women have it hard enough as it is, without keeping the company of those who secretly wish for us to fail. In society women are put in competition against the other, unfortunately some are willing to remain snakes in the grass for their 15 minutes of fame. 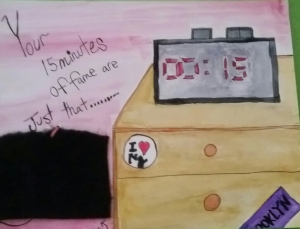 Although I have regained most of my childhood, there is a part of me that will never be as carefree because I am a woman. Not only are we not equal in society, but we are also not the most supportive of one another. We have all been children at some point in our lives, we have all been weak with the possibility of becoming prey. Regardless of race or gender, we have all been weak at some point in our lives. Whether the world around us has exploited that or not is a different story. The only difference between a white male, a person of color and women is that for two of these categories, becoming an adult does not stop you from becoming prey. This makes us just a little more bitter and a little more apprehensive about the world around us.

I have learned to take back what is mine without becoming a predator. This is the balancing act that I will live with my entire life, but unlike these girls I at least have the chance to walk the tightrope every day.