Be yourself, and if you don’t know yourself then go find yourself. How do you find yourself? Do you chase yourself like a dog chases its tail? Do you wait for other people to tell you who you are? Or do you latch on to your parents’ identity and hope that if they were great artists then somehow their hard work and talent through life experiences have rubbed off on you?

Children rarely care what the world thinks of them. They know they are here just like anyone else and believe that they deserve everything their hearts desire. Teenagers strive to be normal. Even when non-conforming we can find the loneliest of loners conforming to a non-conformist group. Most adults either know themselves or think they do. The latter is both extremely common and dangerous.

You cannot know something fully without loving it first. I never truly knew myself because there was always a part of me that I did not accept. Acceptance is the foundation of love.That is until recently. Last week I had a housewarming/birthday party. It was then, while looking around, that I realized I was an adult. Everyone in my apartment was there because I wanted them to be there. Everyone had a blast. Not because anything interesting in particular happened, but because they were amazed by how relaxed and open the atmosphere was. The atmosphere was created by the people in it.

There were some people who tried to invite themselves and I took their hints and threw them out. It is not my job to make my life even slightly uncomfortable to ease the insecurity of others, and no one can bully me into doing or thinking otherwise. My heart and mind are open, but they are also experienced. We mustn’t take our experiences with the world and others to heart, but conversely we must never disregard them. 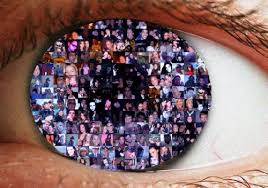 The words guilt and enemy are no longer part of my vocabulary.Yes, there are those who try to hurt, but they are not enemies unless I make them out to be. What they are is insecure. The only way to fight back against insecurity is with confidence. Rather than make them my enemies I went back to the drawing board and came up with something different. Rather than thinking in terms of good or bad, smart or dumb, I am now able to see people in terms of aware and unaware. I am able to see past how things and people make me feel and find the truth of what and who they are.

The best thing in the world is to be able to look at yourself and know that you are not a secret, that the person you are and the person others see you as are the same. There is nothing to hide from the world, no issues left unresolved, and no dirty secrets hidden under the rug or skeletons in the closet. After growing up thinking I wasn’t good enough, seeing evil before I got the chance to know anything else and not knowing where I belonged, I have finally reached that place in life and it feels like a gift from god. I belong wherever I go. Evil’s greatest weapon is insecurity and good’s greatest weapon is confidence. When you know how to decipher where insecurities lie and equip yourself with confidence the world becomes a different place to live in. A better place full of all the things they told you were there as a child, but became cliches instead. A world where rich people can be miserable and poor people can live a life of bliss. Where likes and beauty will never make you envy the other person. Where your mind that was once a cage is now your escape, because it is the only place that holds the truth.

The world is inconsistent and most times people act out of insecurity, but the one place you can control is your mind. Aim to be indestructible,make integrity the most important human trait, confidence the most powerful and insecurity the most dangerous and one day you will be.